Myron Beldock, a lawyer who championed seemingly lost criminal causes but won freedom for various wrongly convicted men, including the former boxer Rubin (Hurricane) Carter after he had served 19 years in prison for three murders in New Jersey, died on Monday at a hospice in Manhattan. He was 86.

His wife, Karen L. Dippold, confirmed the death but did not specify the cause. Mr. Beldock lived in Greenwich Village.

The son of a Brooklyn judge, Mr. Beldock specialized in criminal and civil rights law but styled himself an old-time general practitioner. Most of his cases were not high-profile murder-and-mayhem trials, and most of his days in court were spent ingloriously with clients accused of wrongdoing that never made headlines, or with plaintiffs, many of them poor and black, who contended that their rights had been infringed on by employers or government agencies. 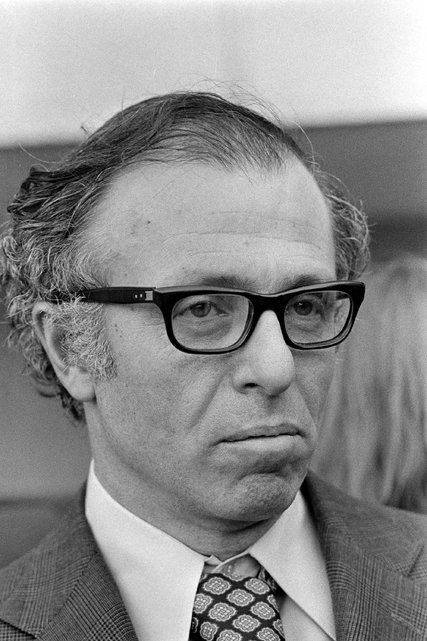 “I was a creature of my time, liberal, progressive and idealistic,” he said in an interview for this obituary in 2014. “Yes, I wanted to rectify injustices and improve the criminal justice system. But basically, I took whatever came my way.”

Mr. Beldock became nationally known for defending people who had already been convicted and imprisoned, like Mr. Carter and his co-defendant, John Artis — black men who were accused of firing shotgun and pistol blasts that killed two white men and a white woman in a Paterson, N.J., bar in 1966. Mr. Carter, a leading middleweight at the time, said he had been a victim of racial bias, framed for speaking out on civil rights.

Mr. Beldock, over more than a decade, helped to expose false testimony by witnesses and misconduct by Passaic County prosecutors in two earlier trials, helping Mr. Carter and Mr. Artis win reversals in 1985.

The case inspired celebrity protests; a song by Bob Dylan; best-selling books, including Mr. Carter’s autobiography, “The 16th Round” (1974); and a 1999 movie, “The Hurricane,” starring Denzel Washington as Mr. Carter.

In another major case, Mr. Beldock represented Yusef Salaam, one of five young black and Latino men who had falsely confessed on videotape to the 1989 beating and rape of a woman who became known as the Central Park jogger. After serving terms of seven and a half years to 13 and a half years, the five were exonerated in 2002, when an imprisoned serial rapist, Matias Reyes, confessed to the crime and prosecutors confirmed his account with DNA evidence.

Early in his career, Mr. Beldock won dismissal of an attempted rape charge against George Whitmore Jr., a teenager arrested in Brooklyn in 1964 who would become a national symbol of injustice.

After days of questioning, Mr. Whitmore confessed to the attempted rape of a nurse, the rape and murder of a Brooklyn woman and the knife killings of Janice Wylie and Emily Hoffert in 1963 in Manhattan, a case known as the “Career Girl Murders.” He later recanted the confessions, saying he had been beaten into signing the statements.

In the attempted rape case, Mr. Whitmore was convicted twice and sentenced to five to 10 years after the second trial, largely on the testimony of the nurse, Elba Borrero. The first verdict was reversed after a finding of prejudice on the jury; the second after it was found that his confession was tainted.

Mr. Whitmore had been incarcerated for three years when Mr. Beldock, in a third trial, successfully challenged the victim’s identification of the perpetrator; she had viewed him through a peephole in a police station where Mr. Whitmore stood out as the only black man in a lineup.

“All I know is, George Whitmore attacked me that night,” Ms. Borerro said during Mr. Beldock’s relentless cross-examination, which exposed numerous contradictions in her story. “Stop bothering me. I know it, he knows it and God knows it.”

When Mr. Beldock objected, she jumped up and said, “You weren’t raped that night, sir.”

Mr. Beldock objected again. A broken Ms. Borerro, turning to the bench, pleaded, “Judge, do you know what it is to go through this for five years?”

Mr. Beldock retorted, “Do you know what it is to spend three years in jail?”

There was no answer. Mr. Beldock had won his point.

After many witnesses said Mr. Whitmore had been in Wildwood, N.J., on the day of the Wylie-Hoffert murders, prosecutors in 1965 dismissed those charges and the Brooklyn rape-and-murder case.

Coerced confessions by Mr. Whitmore became instrumental in the 1966 Miranda decision by the Supreme Court, which required the police to advise suspects of their rights to remain silent and be represented by a lawyer. They were also decisive in the 1965 repeal of capital punishment in New York State except in the murder of police officers.

Mr. Beldock was a rumpled figure with an actor’s repertoire in court. He could fumble with papers at the defense table, shrug, feign forgetfulness, give the impression he had finished questioning a witness and then jump up with one more question — and start into a tigerish attack that was the heart of the matter.

He was a hero to many civil rights leaders, who called him a crusader for justice. But prosecutors, police officials and police union leaders often questioned his tactics, insisting that he freed killers and notorious criminals on technicalities and eroded respect for the law in the guise of protecting civil liberties. In any case, Mr. Beldock was no idealist.

“The world isn’t run by idealism; it’s run by power and money,” he told The New York Times in 2004 after winning a round in a civil proceeding for the family of Gidone Busch, an emotionally disturbed Hasidic man shot and killed by police officers in Brooklyn in 1999. “Power is easily misused by those in power. You either roll over or you fight back.”

Myron Beldock was born in Brooklyn on March 27, 1929, to George and Irene Goldstein Beldock. He graduated from Erasmus Hall High School in 1946 and from Hamilton College in upstate New York in 1950. After serving in the Army from 1951 to 1954, he earned his law degree from Harvard in 1958. He was an assistant federal prosecutor in Brooklyn from 1958 to 1960. In 1964, he helped form Beldock, Levine & Hoffman, his professional base.

In 1953, Mr. Beldock married Elizabeth Pease. They were divorced in 1969. He married Ms. Dippold, a lawyer with his firm, in 1986. Besides her, his survivors include four children from his first marriage, David, Benjamin, Jennifer Fogarty and Hannah Beldock; another son, Adam Schmalholz; and three grandchildren.

Mr. Beldock’s most famous client was Hurricane Carter. Except for being black, neither Mr. Carter nor his co-defendant, Mr. Artis, matched the original descriptions of the killers in the New Jersey bar.

Entertainment, sports, civil rights and political leaders rallied to support Mr. Carter in the first trial, in 1967. Witnesses said both defendants were elsewhere at the time of the shootings. But two witnesses placed them at the scene, and the defendants were convicted and sentenced to long terms. The celebrity support melted away. In prison, the defiant Mr. Carter refused to work or wear a uniform.

Mr. Beldock joined the case in 1973. He won a new trial in 1974 after the New Jersey public defender and The Times independently obtained recantations from the two key prosecution witnesses, who said they had been pressured into giving false testimony. But one recanted his recantation at the second trial, and the defendants were convicted again in 1976.

Mr. Artis was paroled in 1981. In 1985, after state appeals for Mr. Carter’s release failed, Mr. Beldock obtained a federal court hearing in Newark, and Judge H. Lee Sarokin overturned the convictions on grounds that prosecutors had withheld evidence disproving their last eyewitness testimony and improperly made the assertion that racial revenge was the motive for the killings. Mr. Carter was released, and the New Jersey attorney general did not reinstate the cases. Mr. Carter died in 2014.

After prosecution efforts ended in 1988, Mr. Beldock gave a celebratory party at his Greenwich Village apartment. “The real story,” he said, “is the fact that good triumphs over evil, and how hard it is to get there.”

This article originally appeared on the February 2nd 2016 edition of the New York Times. To view it completely, click here.